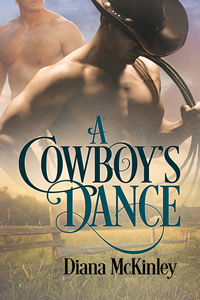 As the old adage asserts, ‘When one door closes, another opens.’ For Texas rancher Cole Gentry, the realization that a major part of his life is unexpectedly coming to an end leads him to examine how he came to be so alone and mired in the closet, when in reality he wants so much more with a partner who’ll stick with him through thick and thin. On the eve of what seems to be a pivotal turning point in his life, Cole finds himself questioning the disastrous personal choices he’s made, all while he poured his heart and soul into saving the spread that was handed down to him by generations of Gentry men and women before him. Cole knows his choices haven’t garnered him anything more than an empty house and an empty bed and, at last, he can admit that it’s time to make a change.

Seasoned rancher Everest Cooper has waited patiently for many years for Cole to grow up and see him as more than a colleague, mentor, and friend. He has plans for the younger rancher which have absolutely nothing to do with their business relationship. Plans that center around making Cole his in every way he can bind the man to him – in body and in soul. When Everest attends the local ranchers’ monthly game night and realizes that Cole is finally alone and free for the taking, he doesn’t waste another second going after the only man he’s ever envisioned a future with.

When Cole learns of Everest’s desires, he finally has the opportunity for a deep and abiding relationship – the kind he’s always secretly yearned for. But will he brave enough to join Everest in the dance that could bring them both passion, solace, and a lifetime of love and laughter? Or will he slide back into previous entanglements that are known and comfortable, and miss out on all that Everest is offering him?

This book will be published later in paperback as part of a collection.